Getting scammed is a growing threat in our connected world. Here are a couple of old BSOD examples that try to scare you into giving away control or money.

If you’ve been using Windows for a long time, you’ve probably heard of or witnessed the infamous Blue Screen of Death, or BSOD for short.

It was a problem that set windows apart from other OS’s in the tech fail arena, and even occurred on a live demo by Bill Gates himself of Windows 98

Since then it has become a symbol of the ultimate computer error and has been picked up by many scam artists to try and shock unsuspecting Windows users into thinking something awful has happened to their PC.

Sometimes the BSOD will happen in the browser, trying to scare users into thinking something has effected their system. Actually these pages are often simple HTML code displaying a basic page to try and get the user to call the number shown and begin the real scam. 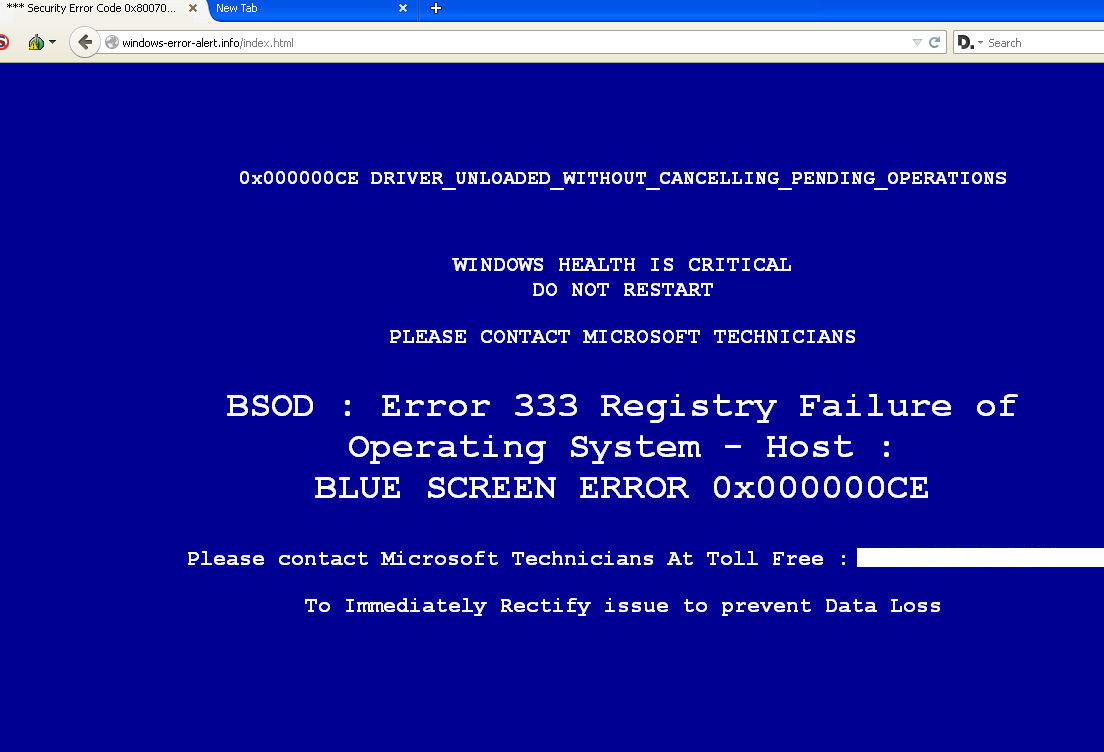 There is also a malware BSOD which almost mimics real life BSODs, off the browser in full screen. This however is still a shock tactic, but it is deployed in a more persistent manner to really grind users down. The purpose is usually the same as the browser based BSOD scam, to get users to call the toll free phone number (which can be dynamically updated in the malware version)

This version can also disable the mouse and keyboard, and reports reveal it can sound the speakers with a consistent alarm type pattern. The only way to get rid of the annoyance is a hard reset of the PC system.

So what happens if you ring the phone number?

Should you decide to ring the number, you will likely get put through to a person in a loud and crowded sounding place, usually in India or sometimes somewhere in Africa, who will then start to give you instructions to download fake or malicious versions of software. This software will be used to either trick you into paying a substantial fee for a pretend computer “clean up” or allow them to take control of your PC to “help diagnose or fix issues”. Either way, it’s a classic case of social hacking from here on in.

So if you think you’ve been affected by a BSOD, chances are you have not - especially if you are on a Windows 7 or later OS. If it is a scam or even a real life BSOD, do a hard reset of your PC, see that it starts ok and then run a malware scan (or give us a call :) ). Whatever you do, don’t ring the number and do what they say!

Many thanks to Malwarebytes for their informative article on the matter.